- January 14, 2019
SQL Express has no Jobs engine. And Shared SQL server as well. So Management->Maintenance Plans is not exists.
So there is a batch file that you can put in Windows Scheduler to create db backups:

Chapter 17where poor Decimal Number came from Server Side to JavaScript

I worked on some page for days to adjust UI by CSS and HTML changes. It was pretty OK and fine. Until I started to check this page for multi-lingual support...

It was good for English, Spanish and Chinese. And even right-to-left Hebrew! Crooked and askew but working!
But not in Russian, no! In Russian it stopped working at all - nothing except static texts and images wasn't appeared. And of course it was an error in JS :-\ (FireFox DevTools):

that led me strangely to somewhere to this code:

I was staring on this rows and saw nothing wrong there - no missing variables at all. I went to original code in the project to discover the non-rendered rows and saw server variable there:

that led me to server side C#:

Nothing wrong at all.

Here and there - another 10-15 minutes wasted to dumbly running the page again and again and stupidly staring on all these rows in different windows... :-\ Sad...

The problem:  sending ajax requests from HTML5 application on local machine to my API that hosted under IIS on Google Cloud.

The facts:
The code looks like:
$.post({
url: apiEndpoint + "Init",
contentType: "application/json; charset=utf-8",
data: data,
success: function (response) {
logResponse("API response [Init]", response.d);
},
error: function (xhr, status, error) {
logResponse('Fail to call init API', data);
}
});
The error was looks like:
Originally, there was "crossDomain: true" parameter in ajax request but it doesn't help.
There were crossdomain.xml and clientaccesspolicy.xml on the server and they were helpless as well.

- November 23, 2018
It's already a third time I uninstall and install again SQL Server 2017 Dev version on my local computer...
It's working fine for few days and than suddenly stop running with Error Code 3417:
Cannot recover the master database. SQL Server is unable to run. Restore master from a full backup, repair it, or rebuild it. For more information about how to rebuild the master database, see SQL Server Books Online. I tried many ways to fix this, including security changes on master.mdf and of course full re-install.
Until suddenly I saw in MS SQL log file this error before the main error:
Error: 2775, Severity: 17, State: 12.The code page 65001 is not supported by the server I went to find this error in Google and I foundthisarticle, where the author talked with himself about logs, errors, screenshots and questions about them. Until in the bottom of the article he wrote:
Uncheck Beta: Use Unicode UTF-8 for worldwide language support in Control Panel -> Region -> Administrative ->…
Post a comment
Read more 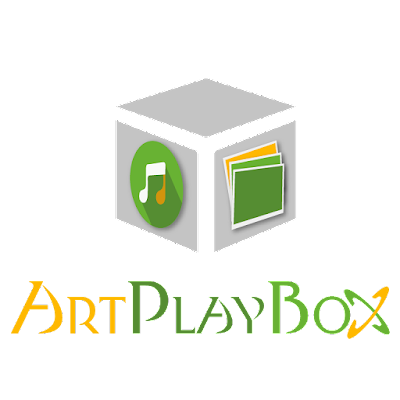 Hi all,
Please welcome our first Android application ArtPlayBox!
It's designed for tablets but supports smartphones as well.

Reviews, stars and post shares will be very appreciated! :-) Thank you in advance!

- September 06, 2018
I make some changes in my site.
The most of them is a prototype of universal content localization engine that can be applyed on web content without changes in DB or server-side code. It's a good start for Language Medium platform that is going to be easy and useful.
NOTE: not all text content is localized to Russian right now - only menu, first section and few first Projects. It's becasue the engine is without BackOffice right now and all translations I'm adding  directly in DB:-) But don't worry - it will be soon B-)

Also there are links to projects pages and some of them are real :-)
Post a comment
Read more
More posts